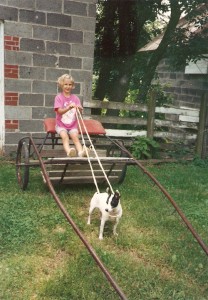 conformation prospect in 2006 from RaganRat Terriers in Greenback, TN. This little terrier dubbed RaganRat’s Wrinkle In Time, Delorean to his friends, became the foundation stud for the kennel. 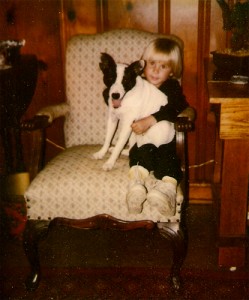 Ashley grew up with Rat Terriers all her life, her first was the family dog found before she was a year old. Bandit was a wonderful family companion being Ashley’s lion, horse etc he handled it well. Bandit passed away in August of 2001 due to cancer but his memory lives on in Ashley’s dedication to preserve the breed as it was intended, focusing on temperament, conformation and drive.

Nimh Kennel is also active in dog rescue, we feel that if we bring dogs into this world we should also help those that have trouble finding homes. We have worked closely with the Wythe Bland Animal Welfare League as well as with the Wythe County Humane Society.

Ashley’s first dog showing experience was in the agility ring before establishing Nimh Kennel with her beloved Golden Retriever, Diefenbaker, and her mom’s Jack Russell, Madison. It was great fun!

Ashley enjoys training dogs and her dogs tend to show the dedication in other areas such as local exhibition dogs and therapy work when we can find a free moment through the therapy group Cold Nose Warm Heart, a child project under the Wythe Bland Animal Welfare League.

Nimh’s Point ‘N Clique, Delorean’s son, was born in May of ’07 and was the first home bred Champion here at Nimh Kennel and now Grand Champion.  Most of our dogs stem back to Delorean & Clique.

I will be adding more and pictures later as I go along.